Azeez Fashola, known as Naira Marley, on Monday appeared before a Federal High Court in Lagos over allegations bordering on credit card fraud and cybercrime.

He was charged by the anti-graft agency, Economic and Financial Crimes Commission (EFCC).
The EFCC had preferred 11 charges bordering on fraud against the embattled musician, Azeez Fashola, aka Naira Marley.
The charges with suit number, FHC/L/178C/19, were filed before a Lagos State High Court on Thursday.
Some of the credit cards, according to the EFCC, bore the names Nicole Louise Malyon and Timea Fedorne Tatar. 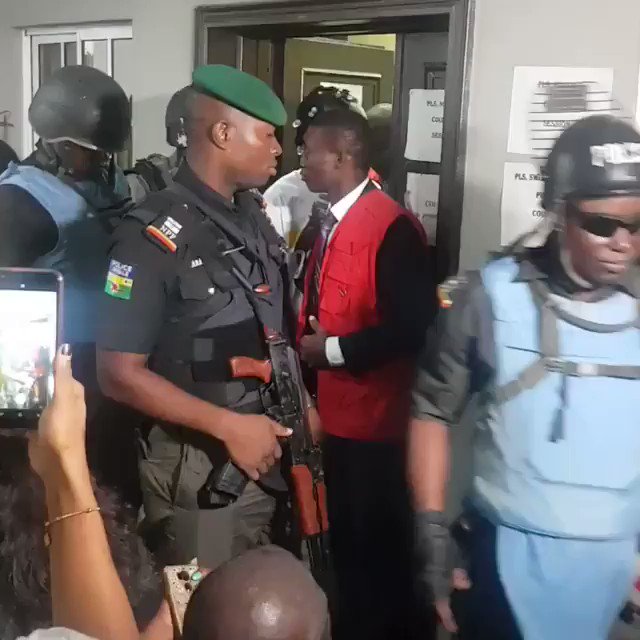 Naira Marley appearing in court after getting charged by EFCC:

660 people are talking about this
Twitter Ads info and privacy
The alleged crimes were in contravention of the Money Laundering (Prohibition) Act and the Cyber Crimes Act.
The musician risks seven years in jail if found guilty.
Naira Marley, who is controversial for repeatedly praising internet fraudsters, popularly called Yahoo boys, in his songs and on social media, has been detained by the EFCC for over a week.
EFCC spokesman, Tony Orilade, earlier confirmed that Naira Marley would be charged to court because “There is overwhelming evidence against him.”
But the musician’s management has said the EFCC was using the ‘Issa Goal’ singer as “a scapegoat for cybercrime in the nation.”
Efcc Finally Free Naira Marley
More Details Later
Watch video below
You’re welcome We hope you have a good day sir!

Nairamarley ft Zlatan “Am I a yahoo boy”

Reason Why Naira Marley And Zlatan Ibile Was Arrested – EFCC

Naira Marley To Resume Trial Next Month In Court, To Face 7 Years In Jail If Found Guilty

Nairamarley “am I a yahoo boy” music snippet and video